Why Digital Media is Overruling the PR

Businesses are witnessing a change and people are embracing that change, the world is going through an unstoppable change. In this changing scenario, how can you remain stuck to the age old methods of brand promotion. Yesteryears, ad. jingles used to rhyme on the lips of the people are not even worth for witty sarcasms in today’s digital era. Do you know, why?
Mind It!
In this communication age where people desire to unfold the truth, where reviews and feedbacks work more strongly than celebrity endorsements, where people are smart enough to gauge promotional tactics and they can no more spare their calculated time to entertain usual follow-ups in the form of advertisement. Nowadays, authenticity is the mother of curiosity and no one can fool the smart and highly informed prospect, empowered by the digital media. 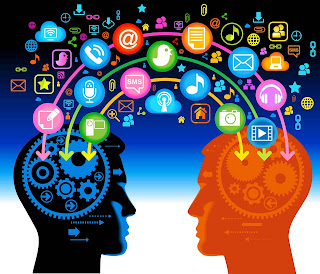 People pay more attention to the words of known people than entertaining advertisements while choosing a brand.  In a report published by the Public Relations Society of America, social media has been utilized at an ever-increasing rate by organizations and marketers in the last three years. Businesses are using social media to meet the  ever increasing demand of Public Relations (PR). For the last 10-12 years, PR went through a drastic change and the influence of traditional media continued to weaken.
Follow It!
Twitter, and  Facebook are the most frequently accessed online medium for public relations activities. After Twitter and Facebook, LinkedIn and YouTube are the most used sites. Armed with articles, blogs and status updates these social media sites are enhancing the impact of public relations.
Note It!
Marketing and PR experts predict that social media is going to rule the future and the share of traditional media will decline significantly in the next five years. Even some of them have claimed that a majority of the B and C grade newspapers will get vanished by the end of the decade. Hence, only the fittest will survive.
Grab It!
The Digital PR is more effective than traditional PR as youths are more friendly and comfortable with the digital media. To obtain the optimum results from the Public Relations activities, increase the share of digital media, which is more engaging, more informative, least expensive yet most convincing.
Previous Why Public Relations Is Better than Advertising
Next Businesses Should Adopt PR to Adapt Changes and Adept Branding

Make sure you fill in all mandatory fields. Required fields are marked *