Rock on the Social Media And make your campaign viral

After the mega success of ALS Ice Bucket Challenge and Lay’s ‘Do us a flavor’, it seems that viral marketing is almost impossible these days without social media or we can say if you want to make your campaign viral then focus more on social media than conventional media. Even the promoter of the Ice Bucket Challenge would never have expected that they will receive more than $100 million in donations in just a month. These unbelievable returns depict the strength of social media and compel businesses to think about the effective utilization of the social media for marketing and image building. These days, viral marketing is not restricted to promotional activities only but it is equally convincing in Public Relations(PR) and brand building.
From celebrity to a book you can promote and convert everything  into a big brand by making it viral on the social media. Star actors like Amitabh Bachchan and powerful politicians like Narendra Modi all are using Twitter, Facebook and LinkedIn to make their presence felt on social media because of the efficiency of the social media to pull people in shoals and seconds. If you are also interested to make your brand’s campaign viral then following suggestions can really help you to crack the nut. 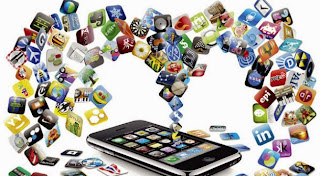 Choose more than one Social Media channel
To make your campaign a huge hit choose a variety of social media channels. What is possible on Twitter is not expected from the Facebook and the vice versa. Every popular channel has its own relevance, therefore one need to be very careful in rejecting a particular channel.
Create novel, engaging as well as interesting content
Research your target market, do SWOT analysis of your brand and as well as of the geographical location you have chosen for the campaign, then create a nice content that may enthrall the audience of the target market and induce them to share the same with their friends and relatives. Both concept and script of the campaign should be original and unprecedented.
Do not let your competitors to copy you
People usually spend more energy and time in duplicating and idea rather inventing something new, you should develop a campaign that make them difficult to copy you and if they copy somehow then it results in evident fiasco for them.
Take all pains to make the campaign colorful and attractive
Besides the language of the content, also pay some extra efforts in designing the campaign. Selection of colors, theme, background, animations and videos decides the fate of the campaign.
Apart from the above mentioned strategies there are some basic fundamentals which cannot  be ignored while planning for a social media campaign. First of all, give a unique and catchy name to your campaign, use it everywhere in the social media. Decide the length of the campaign in advance and last but not the least make prompt replies of people’s queries. These are some valid suggestions that makes your campaign really viral.
Previous Right Digital Marketing Tactics for Expected Results
Next Dealing with Negative Publicity on Social Media