All Courtesy to Public Relations in the Making of 2014

It is not the end of 2014 but a beginning of new era that is more loud, visible and enlarged than ever before. The year was not an ordinary one, it was the year of Public Relations (PR). Whether it was the magnanimous opening of FIFA, swearing in of PM Narendra Modi, release of PK, farewell to Sachin Tendulkar and frenetic success of Ice Bucket Challenge each day of the year marked a unique presence in press, TV and internet media. 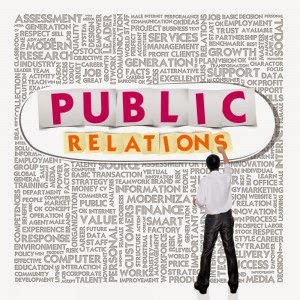 More buzz than bite, is the success mantra of corporate as well as of politics. In 2014 Narendra Modi emerged as the strongest brand for India and Ebola the toughest threat before the world, the similarity between even and the odd was nothing rather exclusive coverage in media. Be it print, electronic or digital media publicity was preferred over promotion and paid advertisement activities were taken over by more economical and powerful option and it was none other than the cutting-edge PR.

This time the PR was in all new avatar, it was heavily fuelled by internet and digital technology. The amalgamation of traditional media with digital media reinvented the Public Relations and made it more pragmatic and dynamic. The infusion of social media increased the reach of PR to many folds, now people in extreme interior can like the Facebook page of their favourite celebrities at just a click away and a blogger in Arizona can easily upload the content on the Algeria based website for an Indian client.

This is the beginning of a new age of branding and image building where likes, referrals, recommendations and sharing rule over paid advertisements on television and newspapers. PR in 2014 compelled the whole world to recognise its immense potential and the industry is ready to witness a big bang in the years to come. Welcome 2015!